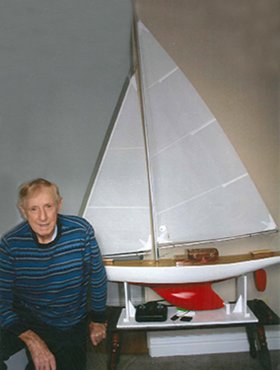 It is with deepest sadness the family of Tom Weaving announce his passing on Monday, March 23rd, 2020 at Calgary South Health Campus, Unit 78 in his 97th year. He was born in Lewisham, London, England on May 18th, 1922 the only son of Enos Orlando Thomas and Alice Lillian (nee Merritt) Weaving, beloved husband of 68 years to the late Frances Margaret (Margie nee Clarke) January 11th, 2011 in Calgary.

Previous Neighbours, Nate and Harriette Alexander for their family supportive friendship, and Larry and Naomi Robinson for their long withstanding friendship and love of both dancing, aircraft and shared stories.

Staff and Residents of Revera Evergreen South West Calgary for their companionship and love of dancing, Nurses and Doctors of Calgary South Health Campus Unit 78 for their personal and compassionate care during his post-surgery illness and final days.

In accordance with Dad's wishes, and in consideration of the current pandemic, cremation has taken place to be followed by a Celebration of Life at a later date and venue to be announced.

The family would like to thank everyone involved in Mum and Dad's lives while living in Calgary.

Condolences, memories and photos may be shared and viewed on Tom’s obituary at www.McInnisandHolloway.com.

Share Your Memory of
Thomas (Tom)
Upload Your Memory View All Memories
Be the first to upload a memory!
Share A Memory
Send Flowers