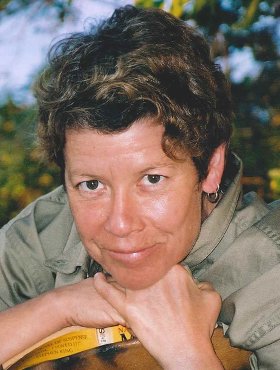 Susan died peacefully on Tuesday, March 24, 2020 after a courageous journey through the ups and downs of her cancer diagnosis six years ago.

As someone who had many journeys in her life, Susan faced her illness with fortitude, curiosity and humour. Susan’s love of adventure and her delight in telling stories led to a career in journalism. Her accomplishments, too many to list, include print, radio and television, much of it with CBC, including acting as host, reporter and producer with local and national shows. Susan was a distinguished documentary maker for radio and television for such national broadcasts as CBC Sunday Morning and CBC Ideas. As an independent television producer of the popular show The Thirsty Traveller, she explored the world of wine and spirits on a global scale and became an expert sommelier along the way. As a radio journalism trainer, Susan provided expert guidance to budding journalists in countries as far flung as Cambodia and South Africa. From her long-time base in Calgary, Susan travelled and worked all over Canada and many countries in Asia, Europe and Africa.

Her accomplice in many of these adventures was the love of her life, Mark Simpson (August 15, 1962 – October 16, 2017). Mark could not be in on all of her adventures, but they always shared a deep love for each other, their families, their friends and their community. When Susan decided to ‘get off the road’, she went on to new ventures based on past passions: horseback riding, painting and good wine. As always, Susan took these on with vim and vigour.

She loved to laugh, she loved to be around interesting people, she loved to listen to a good story and she loved to tell one. “I was working on the 1994 South African election, training journalists how to cover the story of the Nelson Mandela election. We were at a voting station surrounded by thousands of people, when a guide said, I think we should leave now. They’ve just run out of ballots”.

In her final days, Susan often mentioned how lucky she was throughout life to be surrounded by such loving family and friends. She will be dearly missed by her brother Geoff and her sister-in-law, Mary, their two daughters, Lauren and Virginia; the Simpson family, Diana, Michael, Gayle, Lynn and their families; all of her extended family and her many dear friends, neighbours and colleagues.

A celebration of life will be planned for Susan at a later date once we can again gather. Condolences, memories and photos may be shared and viewed on Susan’s obituary at www.McInnisandHolloway.com. Let’s continue to share Susan’s stories and do what both she and Mark wanted.  In lieu of flowers, if friends so desire, memorial tributes may be made directly to your community charity of choice or to those for whom you care. Make a donation, lend a helping hand or give back in any way you can.

Susan’s family would also like to thank the fabulous WTF gang, the compassionate staff of Agape Hospice and her many healthcare support team members.

Share Your Memory of
Susan
Upload Your Memory View All Memories
Be the first to upload a memory!