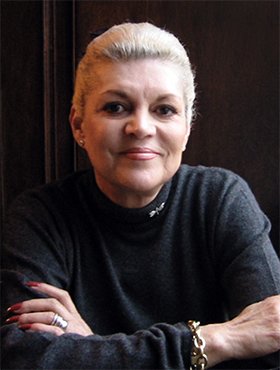 Maria Magdalene Biro, beloved wife of Alexander Biro, of Calgary, AB, passed away on Wednesday, June 24, 2020 at the age of 73 years.

Maria was born in Békéscsaba, Hungary on August 9, 1946. During the Hungarian Revolution of 1956, along with her parents, they fled the oppressive communist regime for Canada, arriving in Halifax in January of 1957. From there Maria and her family settled in Winnipeg, Manitoba until 1967, when they moved west to Calgary and settled here for the long term.

Maria attended two years at the University of Calgary, studying Urban Development after which she became a realtor. Maria formed Mark & Jones Real Estate in Calgary along with her father. She was a member of the Calgary Real Estate Board and went on to earn the highest designation in real estate, the Fellow of the Real Estate Institute of Canada – F.R.I.

In March of 1971, Maria along with her father founded Mark Travel Ltd. The travel agency became an I.A.T.A. (International Air Transport Association) appointed member in 1975. During the years under her direction the agency expanded with a branch office in Edmonton and two additional offices in Vancouver. Maria was an all-around intelligent and savvy entrepreneur.

Maria’s ultimate goal in life was to have a family and after marrying Alexander in 1975, worked in the agency until the birth of their daughter Monika in 1978, and their son Alex Jr. in 1979, thereafter dedicating her entire life to home and family. She was a loving and very dedicated mother who would do anything for her children.

Maria accomplished much through her life but her greatest joy and achievement was raising the children along with her husband Alexander. Maria enjoyed gardening, painting, decorating, she was an avid reader, and a great Hungarian cook. Camping and travelling together with the family were her happiest pastimes. Her most memorable trip was a two month European vacation with the entire family. She will be most remembered for her unconditional love for her two children and husband.

Maria was predeceased by her parents, John and Magdalene Mark; and her daughter Monika Biro.

Memorial Services will be held at McINNIS & HOLLOWAY (Park Memorial, 5008 Elbow Drive SW, Calgary, AB) on Monday, June 29, 2020 at 2:00 p.m. Condolences, memories and photos may be shared and viewed on Maria’s obituary at www.McInnisandHolloway.com. If friends so desire, memorial tributes may be made directly to The Alzheimer Society of Alberta and the Northwest Territories, Administrative Office, 10531 Kingsway Avenue, Edmonton AB T5H 4K1.  Tel: (1-866) 950-5465, www.alzheimer.ab.ca .

Share Your Memory of
Maria
Upload Your Memory View All Memories
Be the first to upload a memory!
Share A Memory
Send Flowers