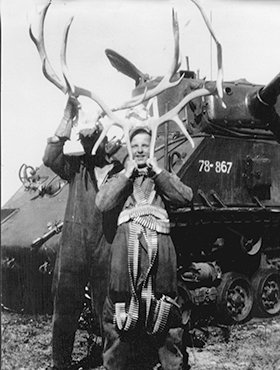 Charlie was born in Toronto, ON and relocated to live in Edmonton, AB, where he and his wife Valerie retired to help raise their two granddaughters. This gave Charlie great pride and joy. In 2017, he relocated to Calgary to live closer to his granddaughter Nicole. The majority of Charlie’s career was with the Army (Strathcona Horses) and Air Force. He transferred to be a commissioner with the RCMP in 1973 and retired in 1986.

Charles is survived by his two granddaughters, Mrs. Nicole (Scott) Smith and Dr. Amber (Steve) Paul; and great-grandson Kylo. He was the best grandpa anyone could have asked for and will be dearly missed. We left-hand salute you grandpa, arrivederci.

Charlie was predeceased by his daughter Valerie Paul and wife Valerie Corby.

Condolences, memories and photos may be shared and viewed on Charlie’s obituary at www.McInnisandHolloway.com.

Services for Charles CORBY
There are no events scheduled. You can still show your support by sending flowers directly to the family, or planting a memorial tree in memory of Charles CORBY.
Visit the Tribute Store

Share Your Memory of
Charles
Upload Your Memory View All Memories
Be the first to upload a memory!
Share A Memory
Send Flowers