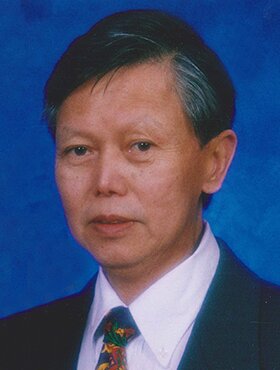 David was born in Hong Kong on November 11, 1944. David graduated from Saint Francis High School in Hong Kong at the age of 18, and later started a family business, Wah Luen, a saw mill, with his father around 1964. David later went out on his own and opened Gwai Wah in 1977. He immigrated to Canada in 1984, and moved with his family to Winnipeg, MB to start a new life.

David married Louisa on January 17, 1970, having first met in 1968 by a chance meeting out dancing. An entrepreneur through and through, David started Gifts Galore with Louisa in 1985, a costume jewellery store, a year after having immigrated to Winnipeg. They later opened a second store in Toronto in 1987, where David’s side of the family lived. By 1988, David and Louisa settled in Calgary, their new home to raise their family. They became restaurateurs when they opened Alligator Pear, a chain of restaurants, which they operated for nearly two decades.

David had a passion for gardening, especially growing orchids, and was an avid walker. He also very much enjoyed vacationing, travelling to far off places like Peru and Dubai.

Besides his loving wife, David is survived by his daughter Helen Leung, son Allan Leung, granddaughter Rachel Giang, and son-in-law Alex Giang, all residing in Calgary, AB. David is also survived by his two brothers and three sisters, Eddie Leung, Joe Leung, Alice Leung, Susanna Leung, and Gloria Leung, all residing in Toronto, ON; as well as numerous nieces, nephews, cousins, and friends. He was predeceased by both his mother and father.

Those wishing to pay their respects may do so at McINNIS & HOLLOWAY (Chapel Of The Bells - 2720 Centre Street North, Calgary, AB) on Friday, October 15, 2021 from 2:00 p.m. to 4:00 p.m. Those attending will be asked to confirm one of the following, (A) COVID vaccination (date requested), OR (B) a negative COVID test (within 72 hours), OR (C) Medical exemption AND valid government identification (with name & date of birth) OR (D) Under 12 years of age. In lieu of flowers, if friends so desire memorial donations in David’s name may be made directly to Dulcina Hospice, 110 Evanspark Manor N.W., Calgary, Alberta T3P 0N4 Telephone: 587-230-5500. If you wish to make a donation, please email transfer to Alex Giang, at giang.alex@spartancontrols.com. Condolences, memories and photos may be shared and viewed here.

Share Your Memory of
David
Upload Your Memory View All Memories
Be the first to upload a memory!