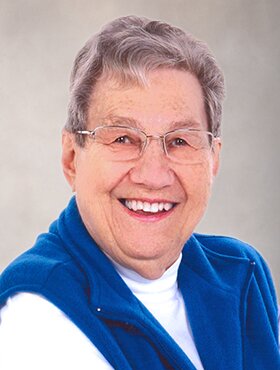 Irlma was born in Leamington, ON. She enjoyed a long teaching career at Queen Elizabeth School and involvement with the Balmoral Chapter I.O.D.E. After retiring in 1987, she had many adventures with her family in the west and eventually moved to Calgary in 2006. Her passions included playing bridge, collecting stamps, and cheering on the Toronto Blue Jays!

She will be lovingly remembered by her daughter Linda Henderson (nee Rose) of Calgary, her grandson Sandy and wife Adele, and great-grandchildren, Blaire, West, and Brooke Henderson all of Medicine Hat, AB; her grandson Jamie Henderson and wife Emily Kenny of Winnipeg, MB; four generations of nieces and nephews, and many dear family friends. She is also survived by her sisters-in-law, Jessie Campbell of Sarnia, ON, and Ann Rose of Barrie, ON.

A Celebration of Life will be held at a later date. Interment to be held at Evergreen Memorial Cemetery, Leamington, ON. Condolences, memories and photos can also be shared and viewed here.

If friends so desire, memorial tributes may be made directly to the charity of the donor’s choice.

Share Your Memory of
Irlma
Upload Your Memory View All Memories
Be the first to upload a memory!
Share A Memory
Send Flowers