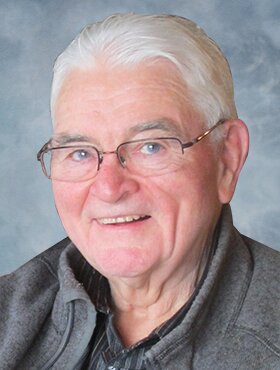 Don Fossheim, loving husband of Marie Fossheim, of Cochrane, Alberta passed away on Thursday, September 15, 2022, at the age of 80 years.

Born in Edson, AB, to Kolbjorn and Madeleine Fossheim, Don was raised on the family farm. He left the farm when he was eighteen years old and travelled extensively through northern Alberta and BC as a surveyor. Eventually, he settled in Powell River, BC, working through his apprenticeship as a Millwright at MacMillan Bloedel. Don was set up on a blind date with the love of his life, and in 1970 he married Marie. He worked all over, towing Marie behind him as he worked from BC to MB. As they moved, they gathered lifelong friends who became extended family. Settling in Canmore, AB, in 1973, Don and Marie welcomed their daughter Valerie, followed soon afterwards by sons, Kelly and Andrew. In 1978, they built a home, filled with laughter and love. This tight-knit family of five would be thrown into a motorhome at all hours of the day, heading out on an adventure, down some gravel road, as Don would exclaim “Let’s see what’s down here!”. He lived the later years of his life in Cochrane, AB, surrounded by his family, friends, and his greatest joys, grandson Kolby and granddaughters, Natalie and Kimberley.

Don is survived by his wife Marie, daughter Valerie Gilmore of Cochrane, AB, sons and daughters-in-law, Kelly Fossheim and Kara Close of Kelowna, BC, and Andrew and Adrienne Fossheim of Cochrane, AB; grandson Kolby Gilmore, and granddaughters, Natalie Fossheim, and Kimberley Fossheim. Don is also survived by his brothers and sisters-in-law, Bruce and Joanne Fossheim of Edson, AB, and Norman and Carol Fossheim of Calgary, AB; sister and brother-in-law, Doreen and Gary Barber of Whitecourt, AB; as well as numerous nieces, nephews, cousins, and friends from Norway and around the world.

A Celebration of Don’s Life will be held at Redwood Meadows Community Centre (1 Manyhorses Dr., Redwood Meadows, AB) on Sunday, September 25, 2022, at 1:00 pm. Condolences, memories and photos can also be shared and viewed here. If friends so desire, memorial tributes may be made directly to the A.L.S. Society of Alberta (Lou Gehrig’s Disease), 7874 – 10th Street N.E., Calgary, AB T2E 8W1, www.alsab.ca/donate.

Share Your Memory of
Don
Upload Your Memory View All Memories
Be the first to upload a memory!
Share A Memory