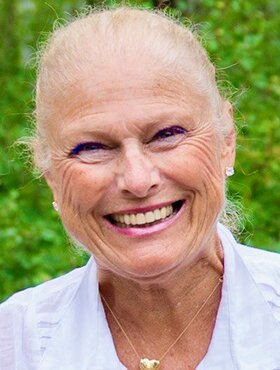 Jean Natalie Ward (nee Harlowe), beloved wife, mother, and grandmother, passed away on Monday, September 19, 2022, at the age of 73 years.

Jean was born in Amherst, Nova Scotia, and was the younger of two children. She attended the University of New Brunswick in Fredericton, where she met Howie Ward. Shortly after he graduated, the couple relocated to Calgary, where they have lived through their fifty-third wedding anniversary.

Jean had a passion for life and enjoyed it to the fullest extent. She was an avid golfer and attained her Life Master designation in duplicate bridge. Jean was the matriarchal center of her family and for her, family was everything. Her tremendous fashion sense, wicked sense of humour and loving nature will be missed.

Jean will be sorely missed by her husband Howie; their daughters, Dr. Natalie Ward (Sid Fear) and Nicole (Jeff) Shih; and grandchildren, Thomas, Andrew, Kiera, and Connor. She is also survived by her sister Grace (Ross) McCurdy; nephew Jeff; niece Jane and their families. Jane was predeceased by her mother Elsie  Harlowe and her father Ralph Harlowe.

There will be no formal funeral ceremony however, a Private Family Gathering will be held at a later date. Condolences, memories, and photos may also be shared and viewed here.

The family would like to extend thanks for the exemplary care provided by Pat Silva and the palliative care team. Her family physician, Dr. Vanda Phillips, has been such a presence through Jean’s journey and the family are so grateful for her care and compassion.

Share Your Memory of
Jean
Upload Your Memory View All Memories
Be the first to upload a memory!
Share A Memory
Send Flowers