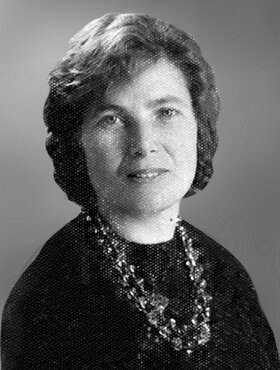 It is with a heavy heart that we announce the passing of Ilia Filippetto (nee Ruffo) on September 18, 2022, at the age of 86.

Ilia was born in Cosenza, Italy, and moved to Calgary in 1965 with her family. In 1967, she married Roberto. Ilia is lovingly remembered by her beloved husband and their children, Dino, and Anna, as well as her grandchildren, Matteo, and Dontae who were the light of her life. She is also remembered by her siblings and their spouses, Dominic (Esterina), Benito (Ilda), and Lina (Michele), as well as numerous nieces, nephews, cousins, and godchildren. She is predeceased by her parents, Vittorio and Maria, and her sisters, Ida and Mafalda.

Ilia will be greatly missed by many, especially for her gentleness, her welcoming nature, and her delicious meals and baking.

The family of Ilia expresses its appreciation to the staff of the Peter Lougheed Centre for the care they provided. Memorial donations may be made to this organization for its continued support of others.

Share Your Memory of
Ilia
Upload Your Memory View All Memories
Be the first to upload a memory!
Share A Memory
Send Flowers