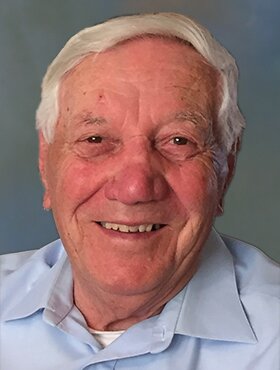 We are heartbroken to announce the unexpected passing of a loving husband, father, and grandfather, Pasquale Buccini, on Tuesday, September 20, 2022, at the age of 92 years.

Pasquale was born in Villalago, L’Aquila, Italy, on April 20, 1930. Pasquale learned carpentry and cabinetmaking from his father who had learned the trade from his father. As a young boy, he studied in Sulmona, Italy, and was set to join the priesthood, but those plans were interrupted by the Second World War. Following the war, Pasquale immigrated to Calgary, AB, in 1951. He worked for several years as a carpenter with the Mannix family, as well as at Burns and Dutton, where he worked on a number of buildings in downtown Calgary. Pasquale also worked on the construction of the University of Calgary and Foothills Hospital, staying on in the maintenance department of Foothills until his retirement. In 1957, he returned to Italy and married his wife, Albina, in 1958. The two returned to Calgary and started a family.

In Calgary, Pasquale raised his daughters, spent weekends picnicking with his family and friends (Lake Minnewanka was a favourite spot), and worked at all hours to take care of the houses and apartments he owned. In 1989, Pasquale retired into his dream job of working the land and raising animals. Ok, it was a garden and chickens. Still, he approached it with an unwavering dedication and joy each day. Pasquale enjoyed inviting people to dinner. “Drop-in anytime” rolled easily off his tongue and he meant it. He was proud to have friends share Albina’s fantastic cooking, and he loved to spend his time laughing, eating, and telling stories, whether they took place a week ago or before he was born.

Pasquale loved his wife, was proud of his daughters, and adored his grandchildren. He was thoughtful and cared for everyone. He was generous and quick to make friends. He was incredibly smart and wildly funny. Pasquale had the presence of a giant in every room in which he stood.

He is survived by his wife of 64 years, Albina, his daughters, Anna (Robert), and Lucia; his grandchildren, Stefan, Nicolas, and Andrea, his brother, Fernando (Lily) and a loving extended family.

If friends so desire, memorial tributes may be made directly to Doctors Without Borders / Médecins Sans Frontières, 551 Adelaide Street West, Toronto, ON, M5V 0N8 Telephone: 1-800-982-7903, (https://action.msf.ca/site/Donation)

Funeral Mass will be celebrated at Mary, Mother of the Redeemer Catholic Church (1714 – 14 Ave NE, Calgary, AB) on Tuesday, September 27, 2022, at 2:00 p.m. A gathering at the church hall will follow the Mass. Pasquale’s remains will be interred in Villalago. Condolences, memories, and photos may be shared and viewed here.

Share Your Memory of
Pasquale
Upload Your Memory View All Memories
Be the first to upload a memory!
Share A Memory
Send Flowers